The Hamley family history goes back many generations to Cornwall England, where the trade of saddle and leather craftsmanship had been passed down through many generations of Hamley’s. The American history of the Hamley’s began in 1850 when William Hamley moved his family from England to Rupon, Wisconsin, where he opened a small leather goods store. William’s two sons, John James (J.J.) and Henry Hamley set out from Wisconsin in 1883 with two railroad tickets and $10.00 in cash, bound for Ashton, South Dakota where they established Hamley and Co.

After three successful years, regional crop failures and depression forced them to close and move to Kendrick, Idaho. Henry Hamley passed away in 1894. Business was good, but a couple of major building fires left the Hamley’s no choice but to relocate. In 1905 J.J. relocated to Pendleton, Oregon and set up shop on the Oregon Trail in the same building that exists to this day. Hamley was known as a harness and saddle maker, but the business soon developed around its saddles and became known throughout the west as the maker of “the finest saddles man could ride”.

Hamley and Co. has been known as the maker of the finest hand made saddles money can buy. Quality hand made Hamley saddles are made today in the same location and with many of the same techniques used a hundred years ago. We produce and sell Hamley Kits and belts. Quality leather and silver items are made and sold at the Hamley store. All custom Hamley goods feature the Barrel Hâ€”our logo and symbol of quality. Our goal is to bring the Hamley name back to national prominence, sell products online and again distribute the Hamley Cowboy Catalog.

Every Hamley catalog contained the saying that became synonymous with Hamley quality.

1909: Lester convinces a skeptical J.J. to publish the first “Hamley Cowboy Catalog”. Annual publication and distribution of the Hamley catalog continued for 60 years and became a trusted source of quality western products for families across America. Old Hamley catalogs are highly collectible today.

1910: The first Pendleton Round up. J.J. Hamley was instrumental in organizing the first Round up and served as a Director for many years. Over the years Hamley and Co. has provided over 80 Round up Trophy saddles. Many world champions have ridden Hamley saddles.

1919: Following the 1919 Round-Up, rodeo organizers from around the region agreed that a standard bronc saddle must be used in all rodeo competitions. Hamley developed the produced the modified association saddle as a solution to better anchor the rider to their horses. This same saddle is used today in rodeo competitions.

1920: Hamley operated its own saddletree shop. Many of the tree patterns and designs in use today were developed in that shop.

1928: The Hamley Kit was developed. Scrap saddle leather provided the material for the Hamley kit (shaving kit). The kit was sold in over 1200 locations across the United States. Hamley and Co. also produced and sold belts across the nation. Such stores as Macys, Bloomingdale’s and Saks Fifth Ave. carried Hamley products.

1952: Major renovation of the Hamley building by Lester and his son David.

1980: David sells business and building to a Portland businessman.

2005: After watching Hamley and Co. struggle for years, Parley Pearce and Blair Woodfield became interested in the failing business. Both men had grown up on cattle ranches and were intimately familiar with Hamley cowboy gear. Visiting the Hamley store was considered a special event. They were both aware of the quality and tradition represented by the Hamley name. With pride, they began the resurrection of this great western icon.

In March 2005, after six months of construction, the company reopened in, one week before Round-up and just in time to celebrate the “first century” of Hamley and Co. in Pendleton, Oregon.

2019: In August of 2019, the CTUIR became owners of Hamley’s Western Store, Steakhouse, and Café, including the historical building in which they operate. “Lock, stock and barrel,” as they say out West. It’s a lifetime of historic tradition that will continue as CTUIR become stewards of the legend’s future.

The history of the Old West was built upon the cowboy-versus-Indian myth. In truth, cowboys and Indians got along quite well, trading and living harmoniously. The Hamley brand flourished over the years, delivering on the original promise of quality and excellence. It is with that understanding and preservation that the Confederated Tribes of the Umatilla Indian Reservation (CTUIR) purchased the historic brand and Hamley properties–what better pairing could exist?

Day-to-day operations of Hamley & Co. are managed by Wildhorse Resort & Casino, bringing to the table 25 years of successful business experience in food and beverage, retail, entertainment, and of course legendary hospitality.

The Cayuse, Umatilla and Walla Walla people make up the Confederated Tribes of the Umatilla Indian Reservation. Since time immemorial, we have lived on the Columbia River Plateau. Specifically, our homeland is the area now known as northeastern Oregon and southeastern Washington.

Our three tribes were brought together on the Umatilla Indian Reservation, established by a Treaty with the US Government in 1855. We were united as a single tribal government in 1949 when our leaders adopted our Constitution and By-laws.

From the very beginning in early 1900, the Confederated Tribes of the Umatilla Reservation, as well as those from surrounding tribes, shopped for clothing, tack and saddles at the Hamley & Co. store. CTUIR members developed great respect for the Hamley family for their support of tribal events over the decades and now take pride in keeping this western icon alive for generations to come. Then, as it is today, Tribal members, cowboys and locals grew up knowing that visiting the Hamley store is considered a special event. The quality and tradition the Hamley name was worth the trip. Today, the Hamley & Co. business continues to craft exquisite merchandise and saddles. It exists parallel to a modern-day world, where we are reminded of the value of handmade quality, family traditions and a vision that drives your passion. J.J. Hamley is quoted as saying, “Quality articles are made for men who are tired of the extravagance of buying cheap things.” Today, through our ownership, we are keeping the commitment of skilled craftsmanship a Hamley tradition.

This is the story of the Hamley name and the Confederated Tribes of the Umatilla Indian Reservation.

Welcome to Hamley and Co! Join us in this exciting adventure. We are proud to have you “Ride for the Brand”. 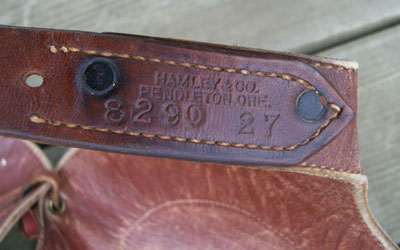 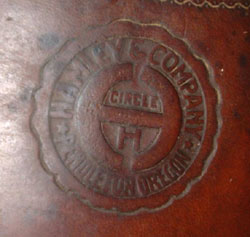 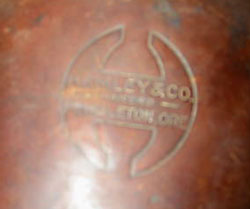 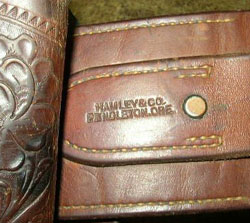 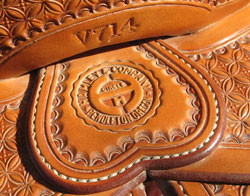 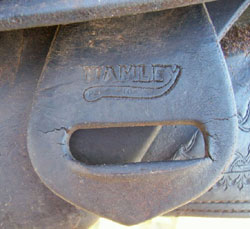 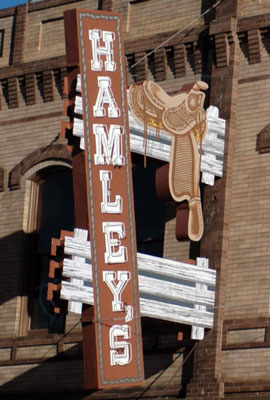 Get In Touch
Book an Event

Copyright © 2023 Hamley™.
Owned and Operated by CTUIR. All rights reserved.